After IROS2022, many researchers who participated in the conference came to visit our lab. We introduced various kinds of interesting robots and advanced research developed in our lab. The structures and control methods of robots were explained in detail and their movement was demonstrated.

Below are the questions from researchers who joined the lab tour and the answers from us.

Q1:（Quadruped Robot）How to know the robot is stable when the robot lifts one foot?

A1: The robot is stable when the vertical projection of the center of gravity (COG) remains inside the support polygon formed by the robot’s feet.

Q2:（Gripper）Where does the object “absorbed” by the robot go?

A2: It depends on the application scenarios. For example, the absorbed object will be placed on a conveyor belt in the object transportation scene.

Q3: (Crawler) How does the crawler climb stairs?

A3: It is realized by an underactuated mechanism. When the crawler encounters a step or an obstacle, the rotation movement of the track will be switched to another kind of movement like a lift arm.

Q4: Are all the robots shown in slides developed in this lab?

A4: Yes. More precisely speaking, the original version or idea was derived from Malab. For example, after graduating from Malab, Prof. Kakogawa developed many kinds of pipeline robots with high performance applied in different fields.

If you are interested, please check the Ritsumeikan University Robotics webpage for more details. We have participated in JIMA2016 Synthesis Inspection Equipment Exhibition held at Tokyo Big Sight for 3 days from Sep.28 to Sep.30, 2016. We exhibited and demonstrated a pipe inspection robot. The demonstration that the piping inspection robot vertically moves up and down was attracting people. http://www.jima-show.jp/english/index.html By listening to the opinions of people working at the factory site, we were able get many opinions that we cannot hear simply by being in the laboratory.
Moreover, we were able to know problems such as durability of the robot. There are many people who want to use the robot immediately for inspection of infrastructure equipment and we feel that we have to tackle as soon as possible for practical application. 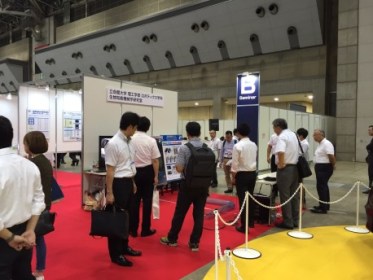 We don’t want our research to end in the laboratory. We would like to have many people see our research through exhibitions, etc. and conduct it that will be used somewhere in the future.

“Workshop on Unmanned Technology for Inspection and Maintenance of Marine and Riverine Facilities” was held in China, 11th – 14th March, 2016. Hello. This is Hisamune Matsumoto.(B4)
We went to “Japan Super Science Fair 2015(JSSF2015)」held at Ritsumeikan High School. We were in charge of the project called Science Zone 「Z-1 Snake-Like Robots」, high school students learned the movement principle of snake and practiced to move the snake type robot.

Ritsumeikan High School students and high school students who came from all over the world got a lecture in English about a snake movement principle. After the lecture, they moved the robot for a competition.

And they also be able to move like this as they got used to it.

Personal comment “I want to be able to speak English“ 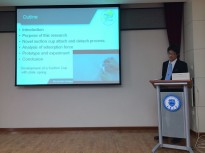 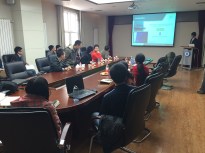 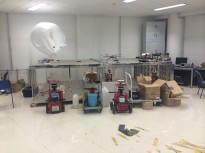 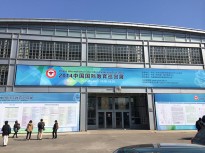 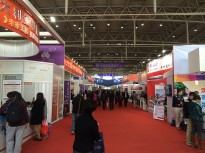 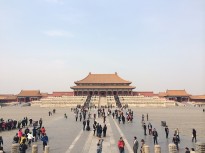 July 13th, Science Demonstration Day was held at our campus. we had a visit from Ritsumeikan Moriyama high school.

Copyright © BioInMech Lab All Rights Reserved. Created by A. Kakogawa.